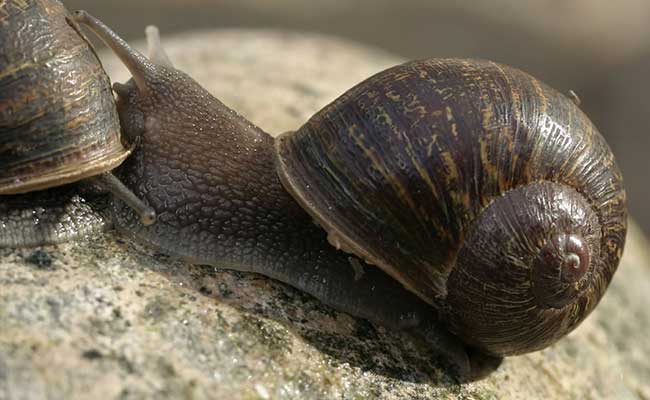 Jeremy the snail was first found minding his own business in a southwest London compost heap. Most would have overlooked Jeremy as an ordinary garden snail; in fact it’s undoubtedly the case that most of the other rare snails who have the single gene mutation that Jeremy possesses will have at best been ignored, and […]

via The life of a sinistral snail — Snailtergeist 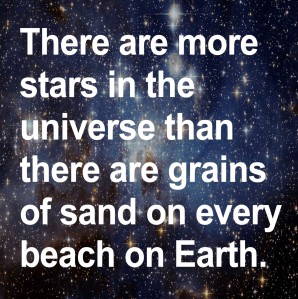 About 20 percent of the Earth’s land is desert.

Approximately every two minutes, we take more pictures than all of the photographs taken in the 19th century.

For every human on the planet there are approximately 1.6 million ants.

Honey is the only food that doesn’t spoil.

Iceland consumes more Coca-Cola per person than any other country.

If the earth were completely flat, water would cover everything in a layer two miles deep.

Oxford University is centuries older than the Aztec Empire.

Pluto didn’t make a full orbit around the sun from the time it was discovered to when it was declassified as a planet.

Russia has a larger surface area than Pluto.

The full name of the toy Barbie is Barbara Millicent Roberts.

The ice that covers 98% of Antarctica holds 90% of the world’s fresh water.

The initials YKK on your zip stand for Yoshida Kōgyō Kabushiki Kaisha; YKK is a Japanese group of companies.

There are more atoms in a glass of water than there are glasses of water in all of the Earth’s seas.

There are more stars in the universe than there are grains of sand on every beach on Earth.

You are twice as likely to be killed by a vending machine than by a shark.

Back to the contents summary 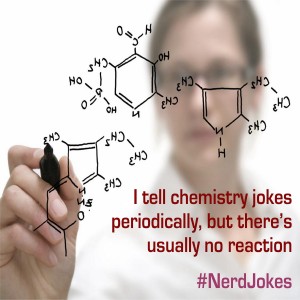 What is a physicist’s favourite food? Fission chips.

Why did Erwin Schrödinger, Paul Dirac and Wolfgang Pauli work in very small garages? Because they were quantum mechanics.

Biology is the only science in which multiplication is the same thing as division.

Why do chemists like nitrates? Because they’re cheaper than day rates.

Chemists believe it takes alkynes to make a world.

I don’t like tetrachloroethylene, and I’m not keen on glycol ether.

What do you do with a dead chemist? Barium.

I tell chemistry jokes periodically, but there’s usually no reaction.

What does 7 on the pH scale have in common with Sweden? They’re both neutral.

What do you call it when sodium chloride hits you? A salt.

Did you hear about the man who was cooled to absolute zero? He’s 0K now.

A photon checks into a hotel. The receptionist asks if it has any luggage, it replies; “No, I’m travelling light.”

A Higgs-Boson walks into a church, the priest says “We don’t allow your kind in here.” The Higgs-Boson says “But without me how can you have mass?”

NASA is planning a restaurant on the Moon; there will be great food, but no atmosphere.

How may ears does Spock have? Three. A left ear, a right ear and a final front ear.

Serotonin and dopamine. Technically, the only two things you enjoy.

What is the fastest way to determine the sex of a chromosome? Pull down its genes.

The gene for shyness has been found. It would have been found earlier, but it was hiding behind two other genes.

What does DNA stand for? National Dyslexia Association.

Why can’t you trust atoms? Because they make up everything.

Where does bad light end up? In prism.

What does a subatomic duck say? Quark.

What do The Force and duct tape have in common? There’s a dark side and a light side, and they both hold the universe together.

If you fell off a tall building and had never studied physics, would you understand the gravity of the situation?

What did one sister chromatid say to the other? Stop copying me!

What do you call an electricity detective? Sherlock Ohms.

What do you call a joke based on cobalt, radon and yttrium? CoRnY.

What do you get when you mix sulphur, tungsten and silver? SWAg.

Why are copper and tellurium so CuTe?

Oxygen went on a date with potassium; it went OK.

The sign on the door of a microbiology lab reads “STAPH ONLY.”

Einstein’s Theory of Relatives: The probability of in-laws visiting you is directly proportional to how much you feel like being left alone.

With your head in the fridge and your feet in the oven, a statistician will tell you that, on average, you’re very comfortable.

A statistician gave birth to twins, but only had one of them baptised. She kept the other as a control.

Statisticians have proven that having offspring is an inherited trait; if your parents didn’t have children, you probably won’t either.

If you have a pizza with radius z and thickness a, its volume is pizza [or pi*z*z*a].

The constipated mathematician worked his problem out with a pencil.

There are two types of people in the world; those who can extrapolate from incomplete data sets…

A microbiologist travelled widely and was fluent in various languages; he was a man of many cultures.

I was going to tell you a joke about sodium, but… Na.

There are 10 kinds of people in the world, those who understand binary and those who don’t.

Psychiatrist to patient: “Don’t worry. You’re not deluded. You only think you are.”

After sex, one behaviourist turned to another behaviourist and said, “That was great for you, but how was it for me?”

A mosquito was heard to complain
That chemists had poisoned her brain.
The cause of her sorrow
Was para-dichloro-
diphenyl-trichloroethane.

A friend who’s in liquor production,
Has a still of astounding construction,
The alcohol boils,
Through old magnet coils,
He says that it’s proof by induction.

Edmund Halley:
From the public, his discovery brought cheers.
From his wife, it drew torrents of tears.
“For you see,” said Ms. Halley,
“He used to come daily;
Now it’s once every 70 years!”

There was an old lady called Wright,
Who could travel much faster than light.
She departed one day.
In a relative way,
And returned on the previous night.

A scientist walks into a bar…

A microbiologist walks into a bar and asks for a small one.

A geneticist walks into a bar to buy a drink and says to the bartender; “I think I have some change in my jeans.”

A climate change scientist walks into a bar and says; “Where’s the ice?”

A seismologist walks into a bar and asks for their drink to be shaken and not stirred.

A mathematician walks into a bar and says to the bartender; “Give me ten times the number of drinks everybody in here is drinking.” The bartender replies; “Now that is an order of magnitude.”

Two robots walk into a bar. The third one had a better steering program.

A blowfly walks into a bar and says to the bartender; “Is that stool taken?”

An infectious disease walks into a bar. The bartender says; “We don’t serve your kind in here.” It replies; “Well, you’re not a very good host.”

A room temperature superconductor walks into a bar. The bartender yells; “Get out!” It leaves without putting up any resistance.

Argon walks into a bar. The bartender says; “Get out, we don’t allow noble gases in here!” Argon doesn’t react.

A neutrino passes through a bar.

A planetologist walks into a bar and chats to Vastitas Borealis; “Long time, no sea.”

Schrödinger walks into a bar with a box, which is searched; “Did you know there’s a dead cat in here?” He replies; “Well, now I do!”

Schrödinger’s cat walks into a bar. Or doesn’t.

An electron and a positron go into a bar.
Positron: “You’re round.”
Electron: “Are you sure?”
Positron: “I’m positive.”

Two hydrogen atoms walk into a bar. One says, “I think I’ve lost an electron.” The other says “Are you sure?” The first says, “Yes, I’m positive…”

A neutron walks into a bar and orders a beer. “How much will that be?” asks the neutron. “For you?” replies the bartender, “no charge”.

Two chemists walk into a bar. One orders H2O. The other says “I’ll have H2O too.” The second one dies.

Entropy isn’t what it used to be.